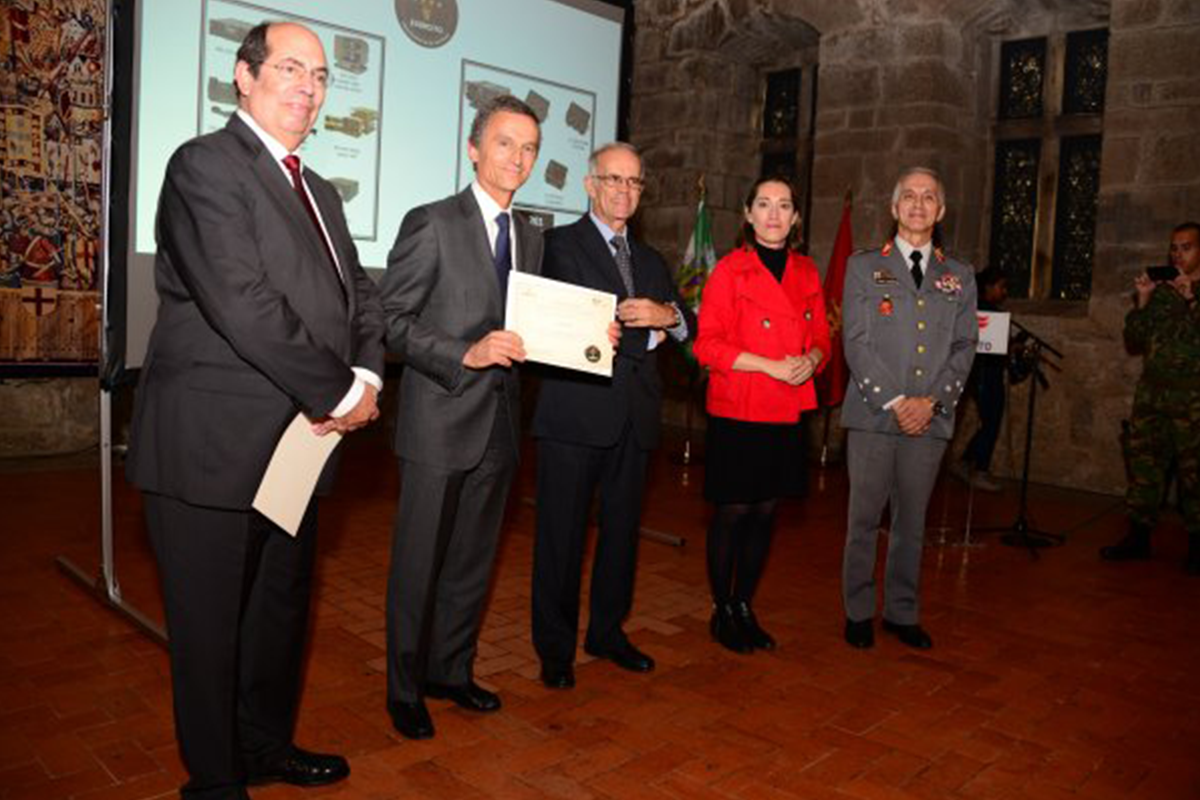 This year, the Portuguese Army week will last from the 20th the 28th October 2018. The various events divulging the Army role within the society, namely the support to the citizens during severe crisis (fires, floods and other natural disasters), the protection of the territory against external or internal threats and the contribution to international peace keeping missions, will take place in Guimarães, the city that saw Portugal birth back in 1128.

The first day was devoted to the role of the Army as a strong technological partner that, together with the industry and universities, paved the way for relevant achievements in a variety of fields, ranging from soldier physical protection and ergonomics to command, control and communications and information systems.

Last year, the Army, together with IDD – an organization aiming at the development of the Portuguese Defence Industries and depending on the Portuguese MoD – decided to attribute and distinguish relevant products developed by the industry with Army Tested and Combat Proven qualifications. The Army Test qualification guarantees that a particular equipment or system complies with the general and specific requirements defined by the Portuguese Army for such type of gear. The Combat Proven qualification, besides the compliance with the Army Test requirements, means that those equipment or systems successfully met the performance as required by real military operations.

In the 2018 event, EID is proud to announce that the ICC-251 Intercom System, the ICC-201 IP Intercom System and the GRC-525 family of radio products were awarded the Army Tested qualification stamp.

But, for the first time ever, the Combat Proven certification was awarded, precisely to EID equipment that really proved to be effective, reliable and instrumental for the accomplishment of the Portuguese Army missions abroad: the GRC-525 Combat Net radio and the ICC-201 IP vehicular intercom system, installed on board the Pandur II armoured vehicles.

The awards were handed over by the Chief of Staff Army, General Nunes da Fonseca and the Defence Secretary of State, Ana Santos Pinto.

EID as a whole is very much honoured to have received these qualifications, and the management is sure that these awards will definitely contribute to the reputation of the company and increase the motivation of the team, whatever the role they play within the company.

EID and the Portuguese Army at the NATO CWIX exercise

Visit of Portuguese and Chilean Navy